The Confucius Institute at the University of Saskatchewan (Usask CI) Chinese Dance and Lion Dance Teams performed at the 2022 Saskatoon Folkfest International Stage on August 19th and 20th.  The International Stage was located at the Merlis Belsher Place. Performers from all around the world showcased their cultures though singing, dancing, musical instrument performance, and other artistic forms at this wonderful stage.

The Usask CI Lion Dance Team started performance with a drum solo, then the Panda dancer and performers in traditional Chinese costumes joined in the lion dance performers. Lion dance is always one of the audiences’ most favorite performances.

After the lion dance was the traditional Chinese musical instrument ensemble that included 3 traditional Chinese instruments Erhu, Guzheng, and Zhongruan. The piece they played was Dance of the Yao People, which depicted the scene of the Yao (a Chinese minority ethnic group) people wearing beautiful costumes, playing long drums, singing and dancing in celebration of the festival under moonlight. 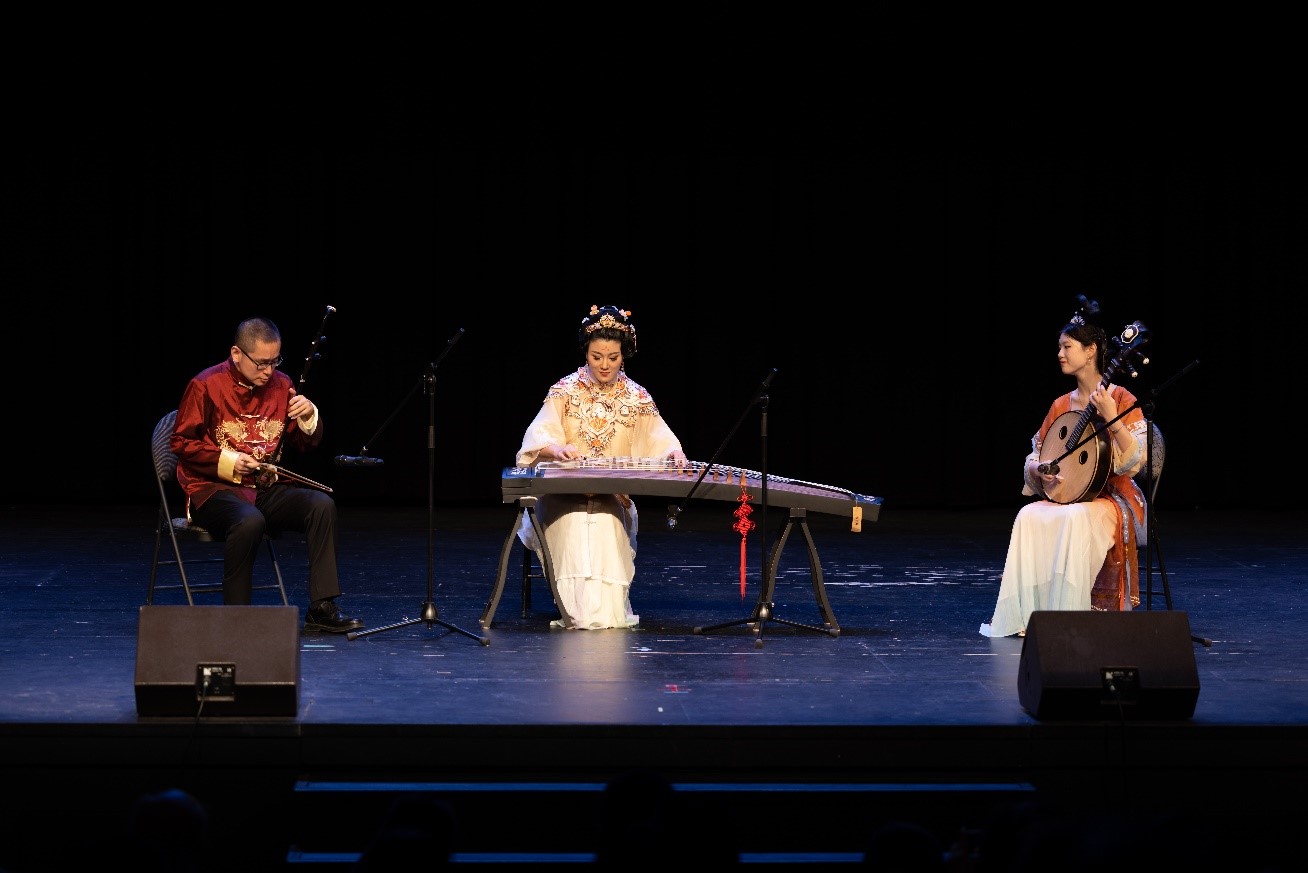 Erhu by Yexun Wang, Guzheng by Yue Yu, and Zhongruan by Zixian Zhao

All the Usask CI volunteer performers were very excited to be part of the 2022 Saskatoon Folkfest. The Folkfest provided not only a platform for them to showcase Chinese culture and appreciate their own traditions and heritage, but also a great opportunity for them to learn from and appreciate other cultures and make new friends.